The Secrets of Burgtheater in Vienna 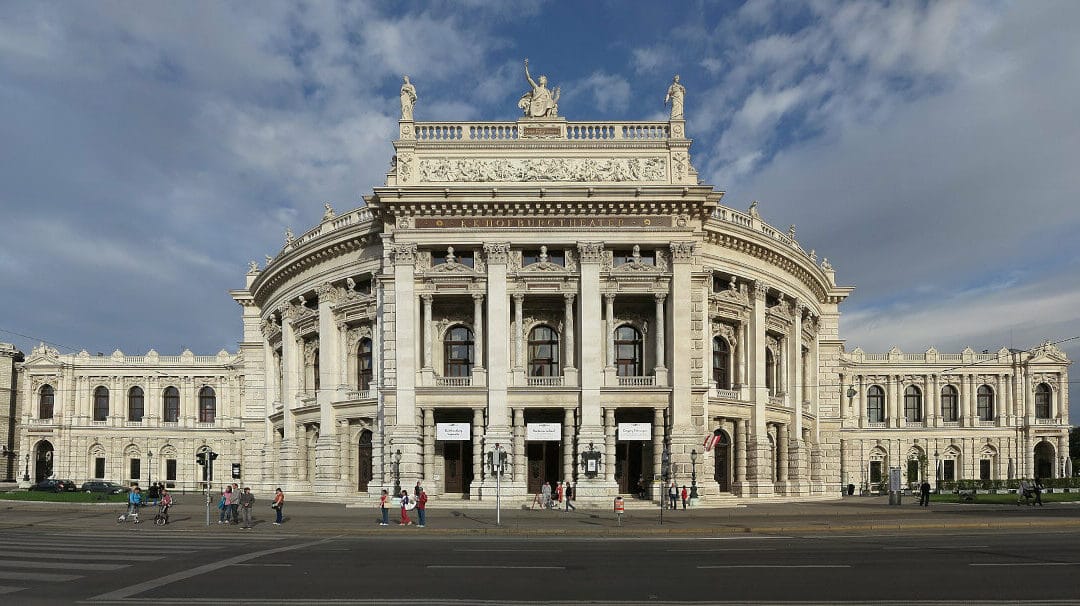 Do you enjoy seeing theatre plays as much as the Viennese? Then, during your stay here, you can not miss watching one at Burgtheater, literally translated as the Castle Theater! The magnificent Burgtheater stands out as a mighty bastion in the center of Vienna. One of the world’s most important theatres, Burgtheater traces its roots back to 1741, when Empress Maria Theresa wanted a theatre next to her imperial palace Hofburg. In the following years, three of Mozart’s operas had their premieres in the Burgtheater: Die Entführung aus dem Serail, Le nozze di Figaro and Cosi fan tutte. So enchanting, right?

Designed as a home for art and culture, Burgtheater is full of fascinating secrets! If you take a walk around the building, you will discover tributes to famous playwrights and poets, such as Shakespeare. Once you step inside, two hallways featuring broad staircases from marble are welcoming you. You will see busts and statues, which honour actors and playwrights such as: Nestroy, Molière or David Garrick. Now take some time to admire the ceilings and the original oil paintings from the late 1880s. The paintings inside the Burgtheater illustrate moments from theater history and mark important theatrical representations.

Do you know that Klimt’s only existing self-portrait is hidden here? Between 1886 and 1888, the master Gustav Klimt painted the impressive ceiling paintings of the Burgtheater’s stairwells! The stairwell on the side of the Volksgarten is adorned with a depiction of the London Globe Theatre, and the final scene from Shakespeare’s famous „Romeo and Juliet.“ In the background, the painter immortalised himself and his two colleagues. How amazing is this?

The Burgtheater in Vienna itself, built in Neo-Baroque style, is the monumental embodiment of the late Ringstrasse era. Going from beauty to dust, the end of World War II has left Burgtheater heavily damaged. Now reborn, the Burgtheater serves as an immense cultural institution. Undoubtedly, one of our favourite Future Bus stops is at Burgtheater! Firstly, we will admire it from the outside, and afterwards, we will visit it virtually. Let us lead you through a unique historical and cultural journey through Burgtheater’s halls with our audio guide and virtual reality glasses! To get more info on our VR bus tour click here.

We use cookies on our website to give you the most relevant experience by remembering your preferences and repeat visits. By clicking “Accept All”, you consent to the use of ALL the cookies. However, you may visit "Cookie Settings" to provide a controlled consent.
Cookie SettingsAccept All
Manage consent

This website uses cookies to improve your experience while you navigate through the website. Out of these, the cookies that are categorized as necessary are stored on your browser as they are essential for the working of basic functionalities of the website. We also use third-party cookies that help us analyze and understand how you use this website. These cookies will be stored in your browser only with your consent. You also have the option to opt-out of these cookies. But opting out of some of these cookies may affect your browsing experience.
SPEICHERN & AKZEPTIEREN